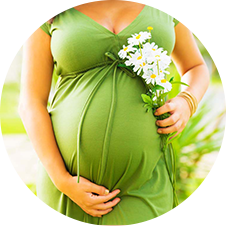 Proper nutrition during pregnancy is crucial to the growth and development of both the mother and child. OsteoForm® prenatal supplements provide important vitamins, calcium, iron and other body-building elements. 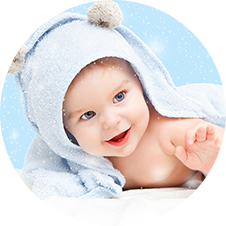 Calcium is especially important to the growth and development of infants and children. Before age one, a calcium deficiency may lead to stunted growth or late teething. Prolonged, these may contribute to a short stature or growth pains. 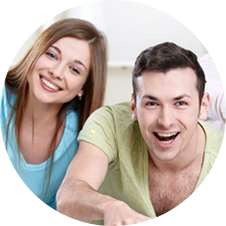 Adolescents and adults need proper exercise and diet. A stressful work-life or an irregular diet can cause insomnia, anxiety or fatigue. Including a nutritional supplement in one’s diet provides beneficial vitamins and minerals. 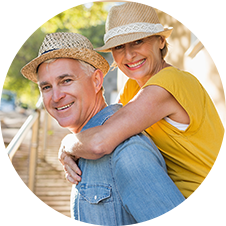 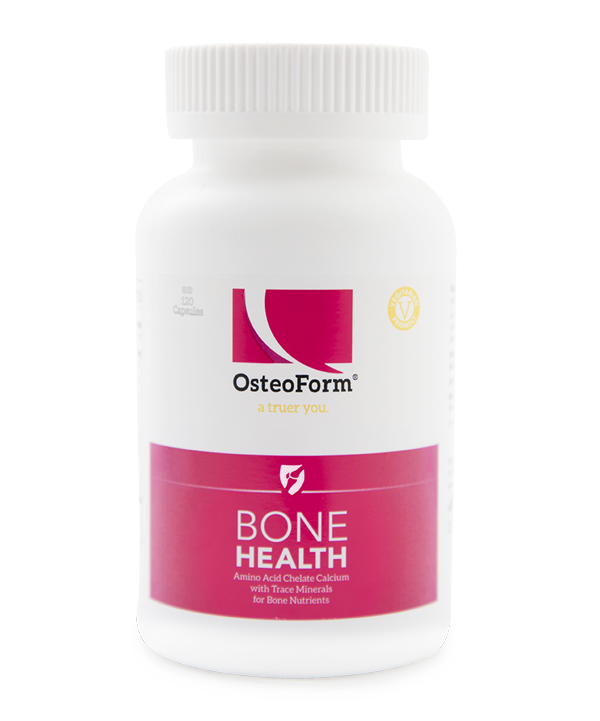 *These statements have not been evaluated by the Food and Drug Administration. This product is not intended to diagnose, treat, cure, or prevent any disease.

Osteoform® is a registered trademark of Pharmco International, Inc.

About OsteoForm®
For over 20 years, Osteoform® Amino Acid Chelate Calcium has been supporting bone health across the world.* The first Osteoform® capsule was manufactured at AMT Labs, Inc. in Salt Lake City, Utah in 1995 and was born from the frustration of inorganic calcium compounds that didn’t do the job. Low absorption and digestive side effects made available inorganic calcium supplements non-appealing.

That’s where Osteoform® came about. Based on extensive scientific research, Osteoform® utilizes AMT’s proprietary chelate technology ChelaMax in its manufacturing process to provide readily bio-available and stable calcium, other trace minerals and Vitamin D3 in the support of bone health to consumers across the world.

Osteoform® was first manufactured at AMT Labs, Inc. and marketed in the United States as a dietary supplement

Osteoform® distribution expands to the People’s Republic of China, receives China SFDA drug approval and is marketed throughout mainland China and its territories

Reformulation of Osteoform® for improvements in chelate technology and product stability

OsteoForm®products are uniquely formulated to support bone health through the replenishment of essential minerals and vitamins.

Bones are living, growing tissues made up mostly of calcium, phosphate, and collagen. These elements give bones strength and flexibility. OsteoForm® provides a balance of these essential supporting nutrients to deliver advanced bone support, increase bone density, and improve flexibility while reducing the bone resorption associated with aging.

Throughout the digestive process, Osteoform’s calcium amino acid chelate does not precipitate and remains in a soluble state to maximize absorption without causing the negative side effects many other calcium products do. Other calcium products using inorganic minerals, such as calcium citrate and carbonate, can form insoluble hydroxides, which are not in an absorbable state. Additionally, the settlement of these hydroxides is what influences the absorption of other minerals and vitamins as well, which often causes upset stomach and/or other gastrointestinal distress.

Osteoform® can effectively avoid these side effects. Osteoform’s a unique blend of chelated minerals and Vitamin D3 help keep our body’s minerals in balance supporting your body’s bone health.*

The ChelaMax® line was developed as a readily absorbable mineral chelate with a binding strong enough to protect the mineral from hydrolysis, but weak enough to allow for absorption of the mineral further along the digestive tract.

The ChelaMax® line specifically is formulated to deliver targeted potencies of minerals, while ensuring the minerals are chelated, and therefore bioavailable. In some cases, delivering this potency requires a dilution or trituration of the final product. In order to promote the most thorough reaction with all potential reagents, these triturations are performed in situ. In every case, the mineral is fully converted to a chelate form.

pH Stable from Stomach to Intestine

A key component to ensuring good bioavailability of a mineral chelate is to ensure that the metal component is not hydrolyzed when making the transition from the stomach to the small intestine. The chelation of the mineral occupies reaction sites on the metal that could otherwise cause the metal to precipitate out into a less absorbable form.

Oxidation and reduction are the chemical processes through which there is electron transfer between the two components of a reaction. Certain minerals are only useful to the body in one oxidation state since this affects the chemistry they can perform in the body.

Many minerals are taken with other supplements or in blends such as multi-vitamins. One issue with mineral salts is they have a propensity to react with and oxidize some vitamins, especially Vitamin C (a well-known anti-oxidant). Unfortunately, such reactions are counter-productive in that they tend to not only neutralize the metal but also denature the vitamin. Fortunately, minerals in ChelaMax® dietary ingredients are, by design, resistant to oxidation. In a mechanism similar to how chelates ensure pH stability, the chelation of the mineral also protects reactive sites on the metal from reduction.

ChelaMax® makes claims about the potency, stability, and palatability of the mineral chelate and its fate in the digestive system. Each of these claims is based on laboratory observation. ChelaMax® products and their soluble ChelaSol® counterparts are demonstrably shown to be resistant to pH changes, and redox resistant in the presence of Vitamin C. In raw, single-blind taste panels, ChelaMax® products are invariably preferred to their inorganic counterparts. 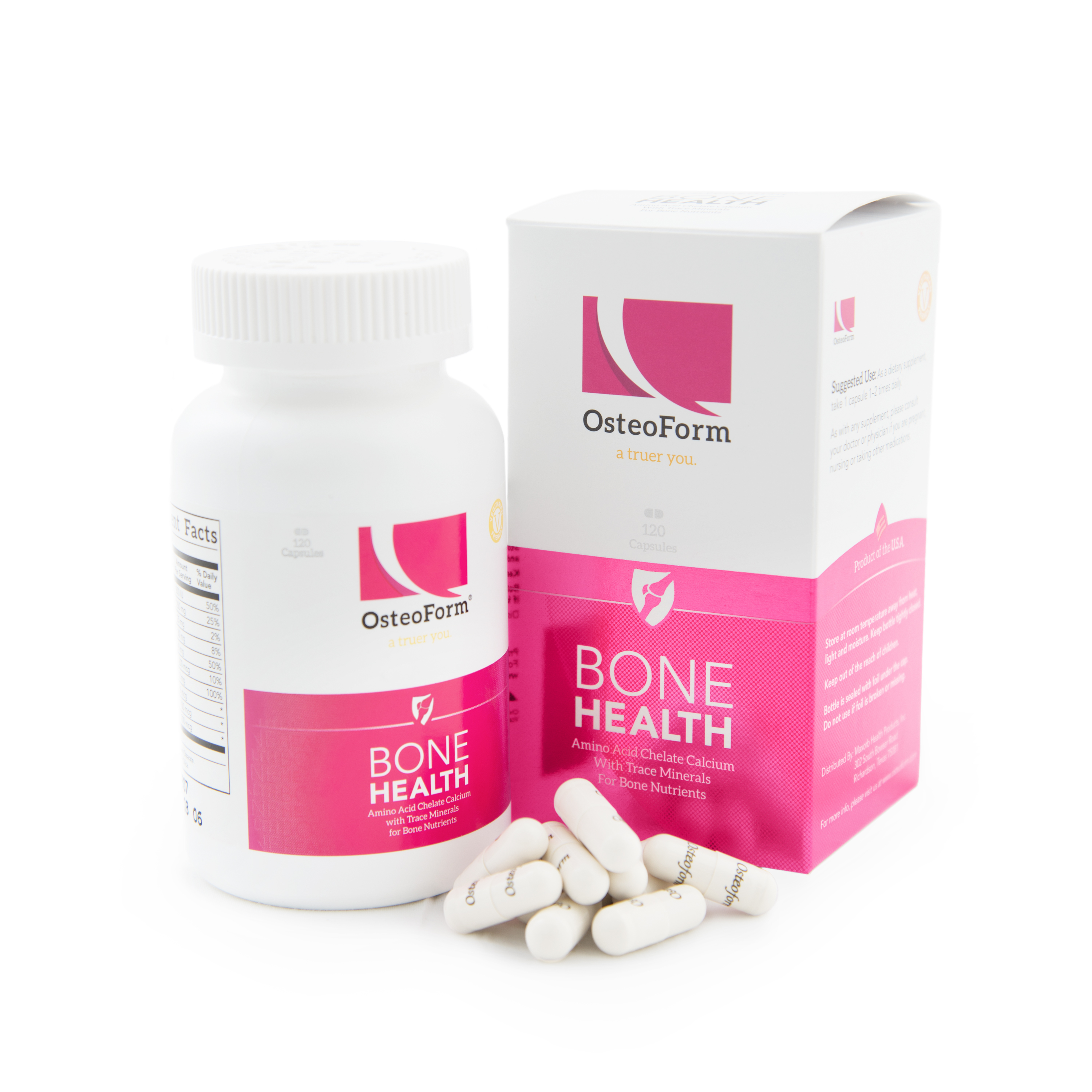 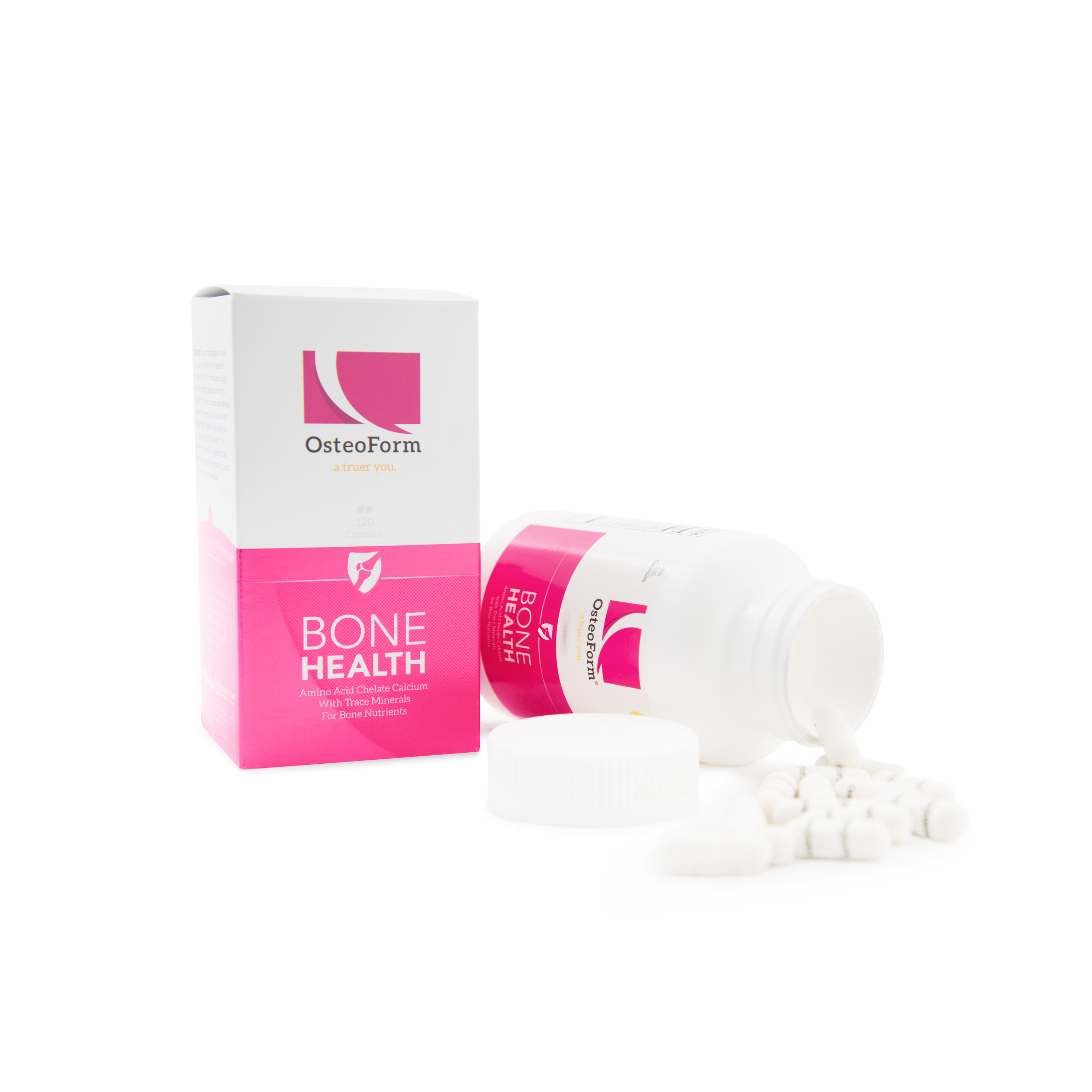 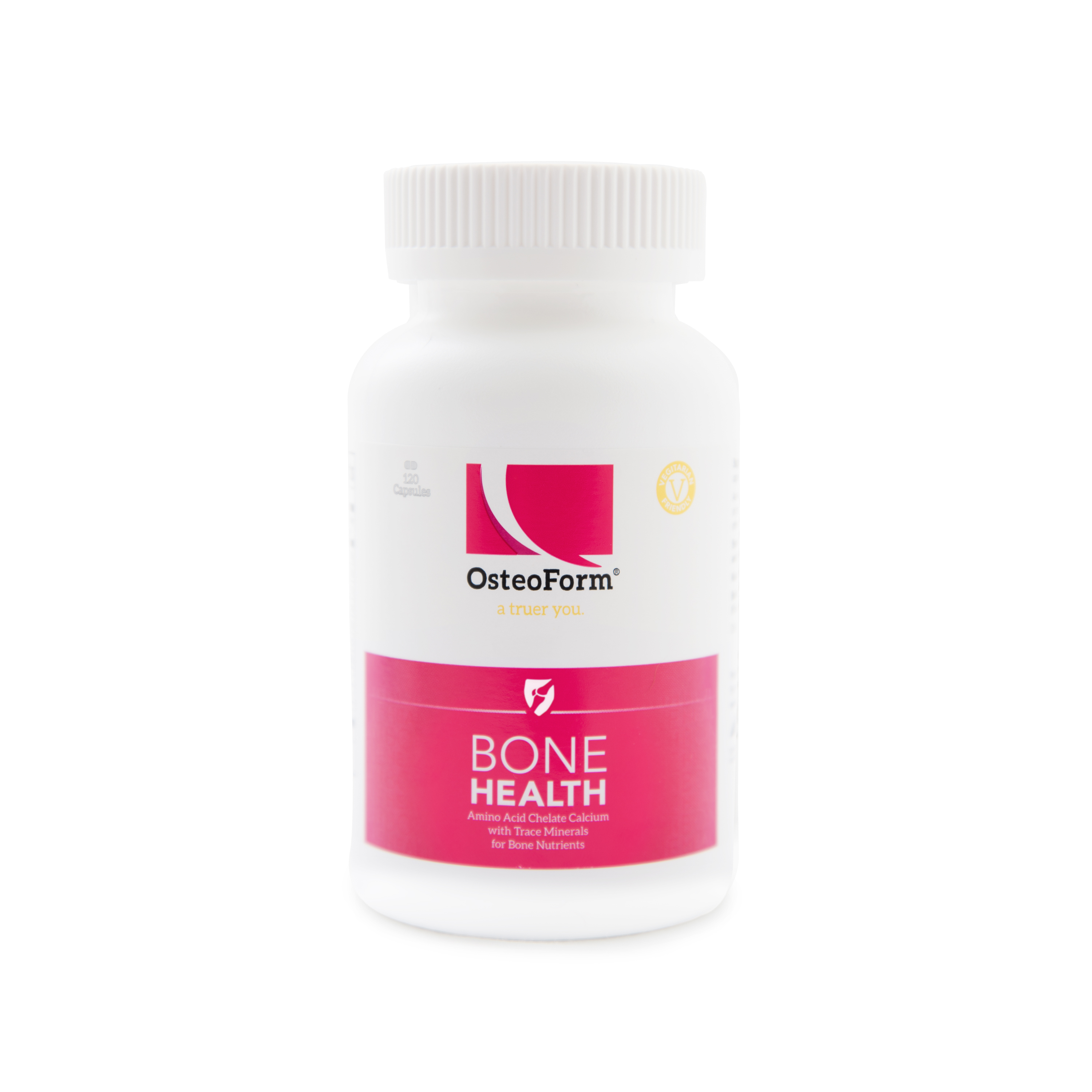 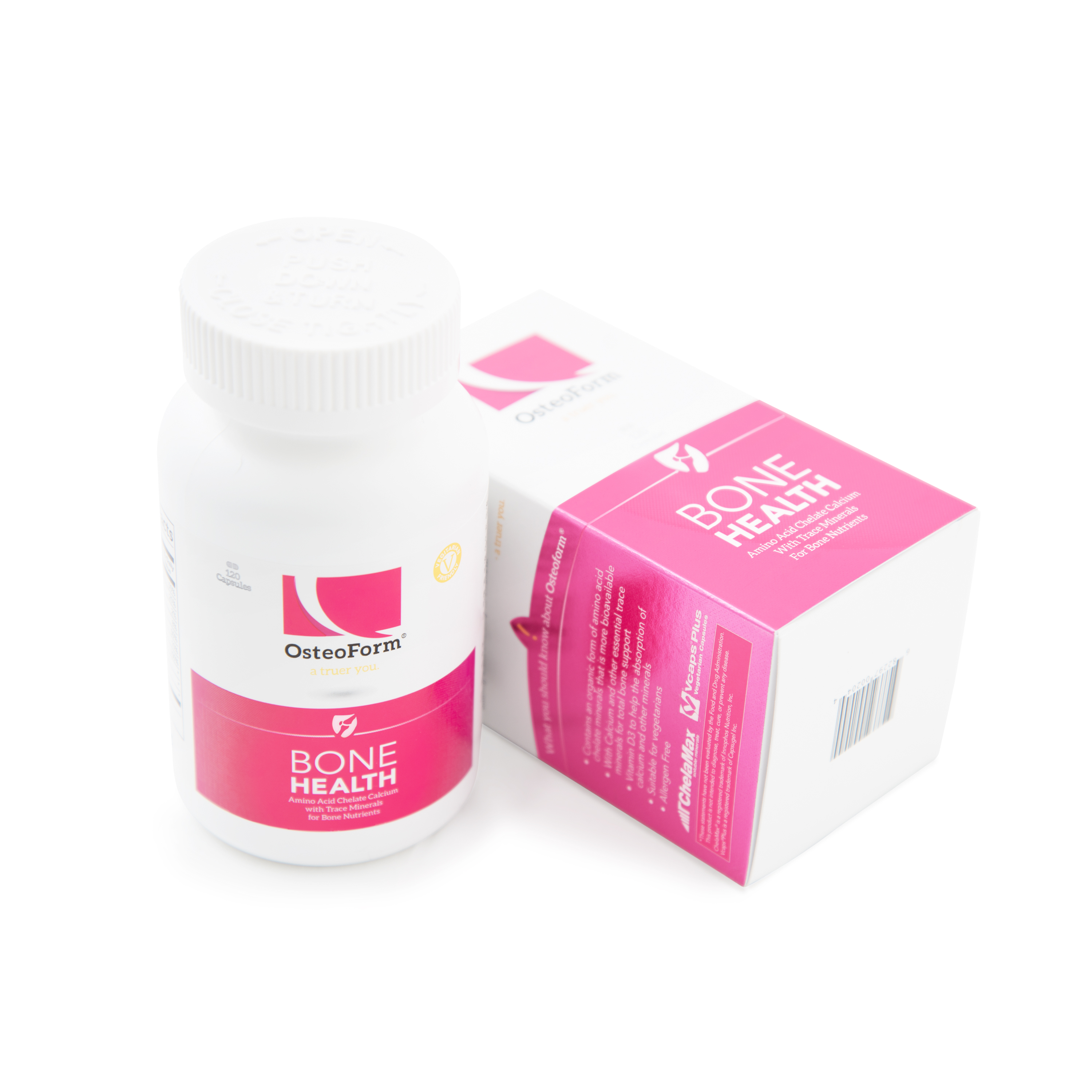 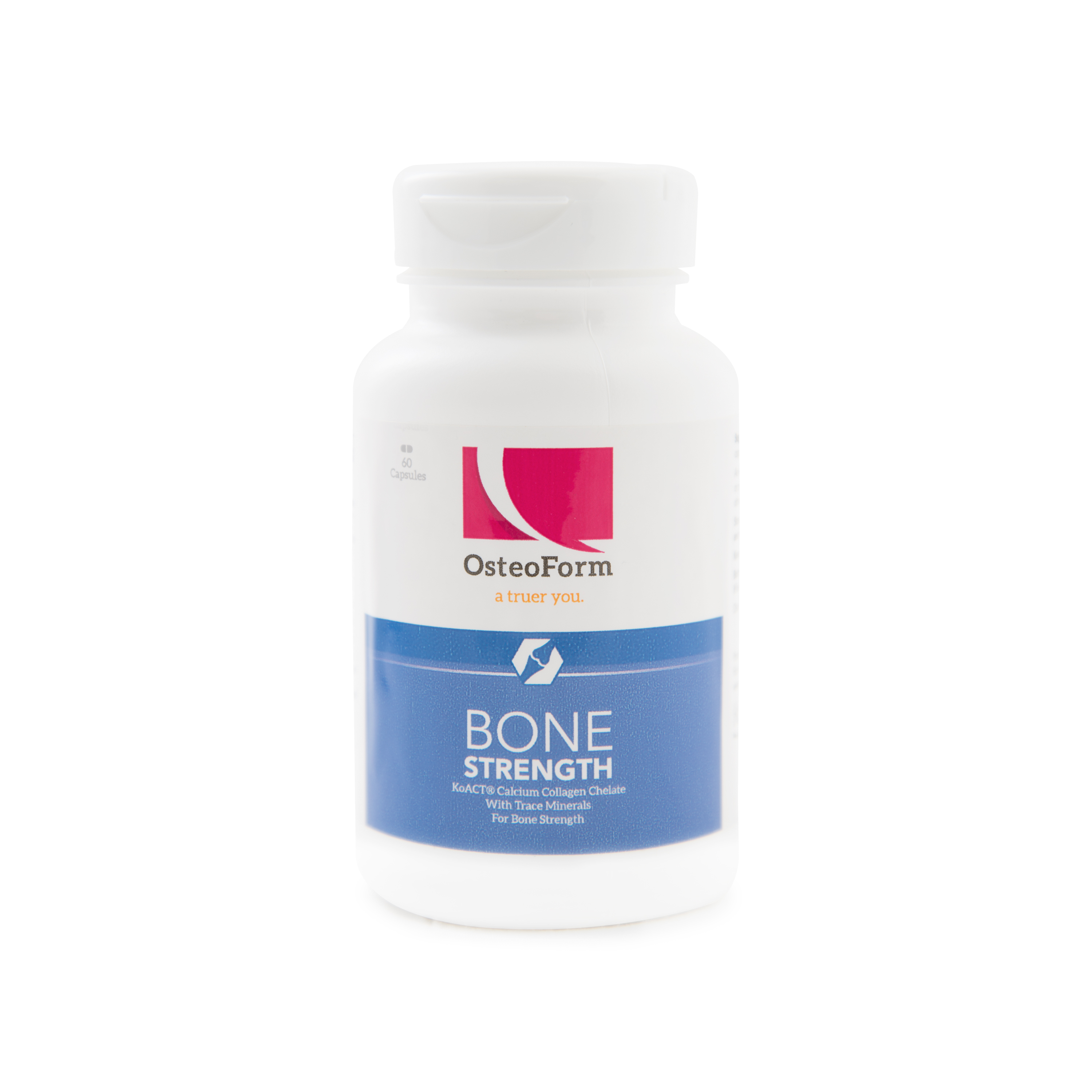 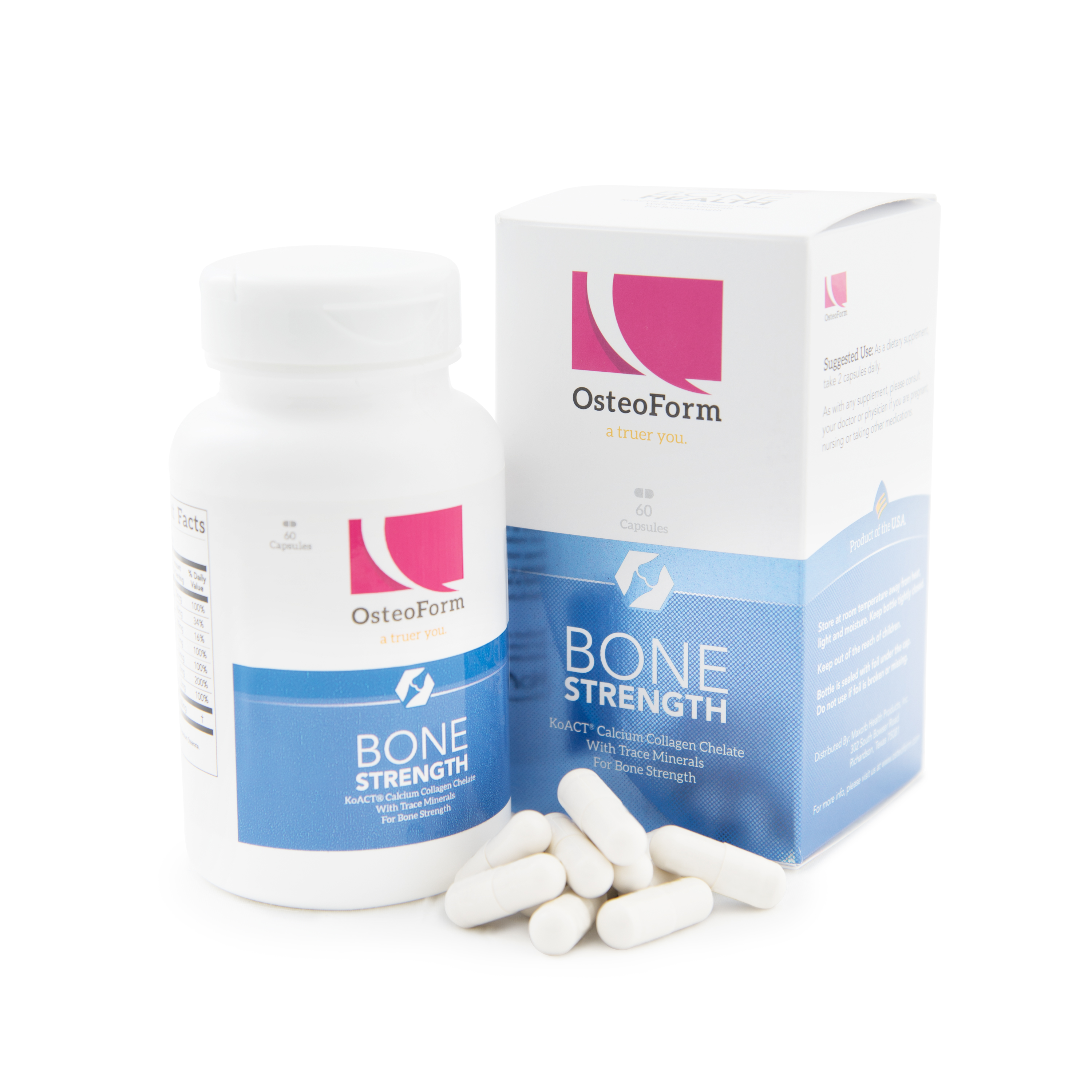 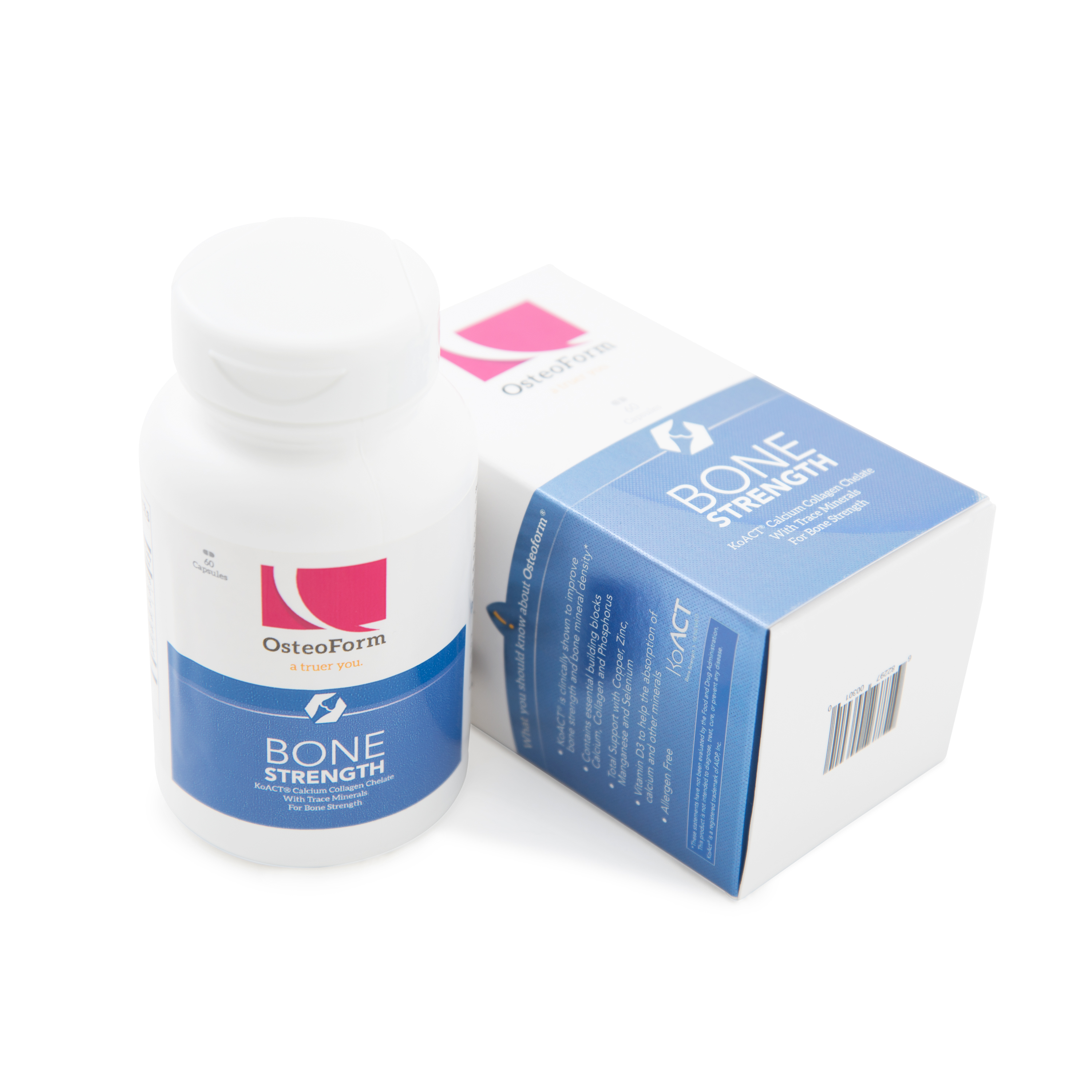 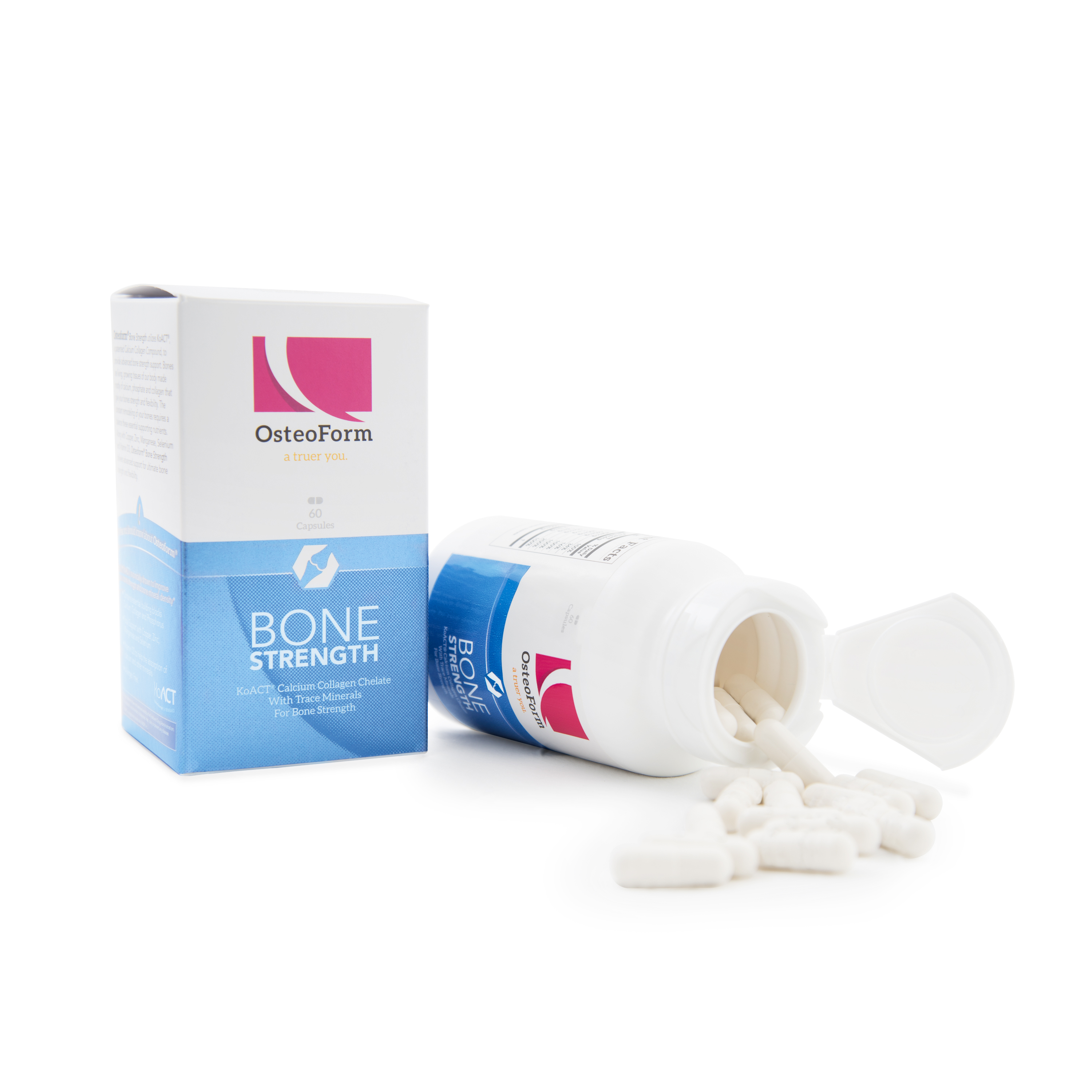 plus Vitamin D3 for total support and absorption 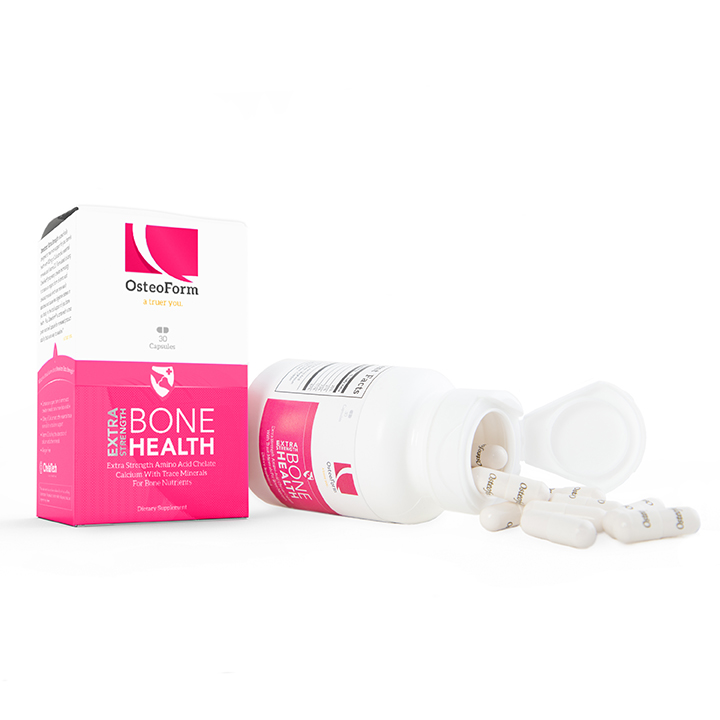 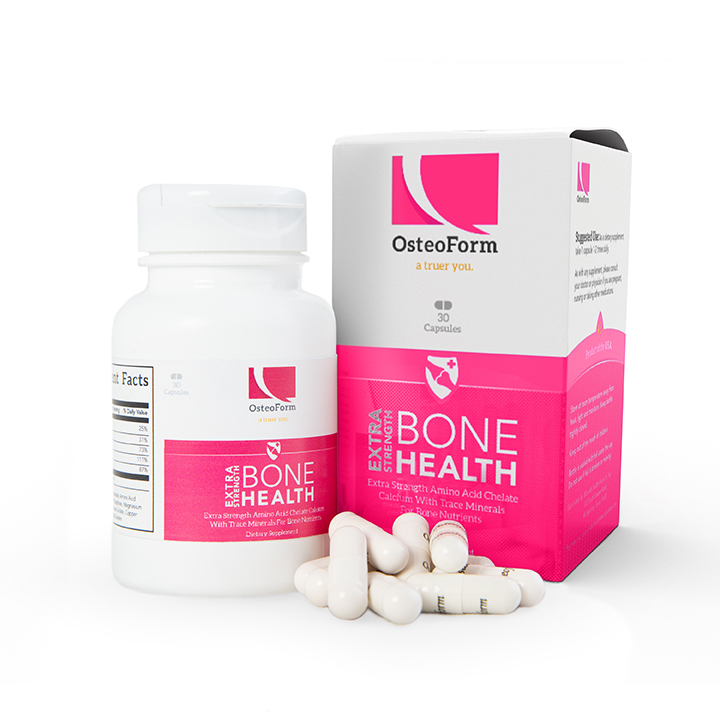 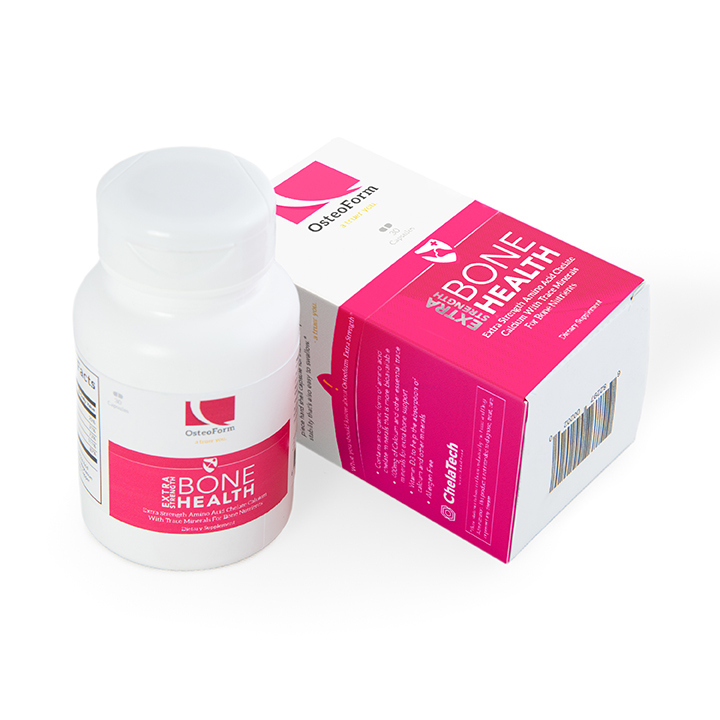 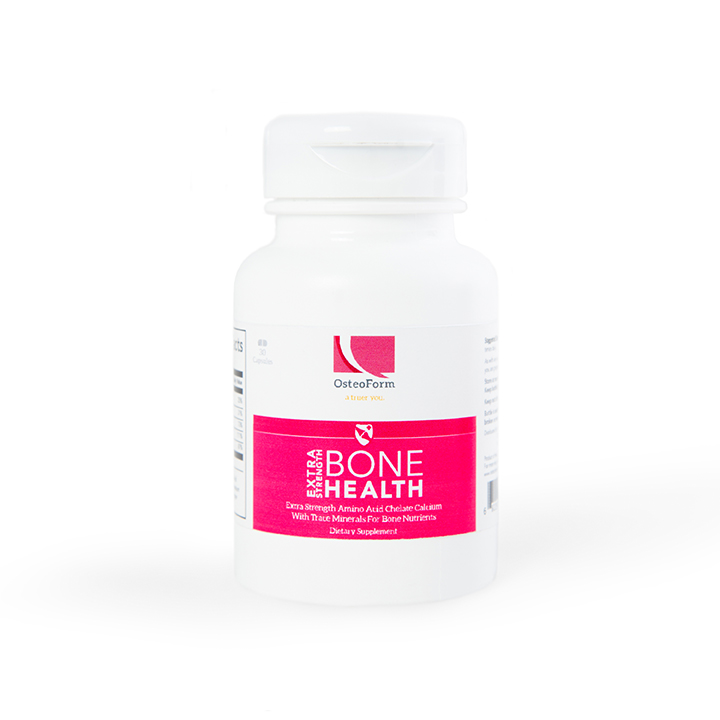 plus essential minerals and Vitamin D3 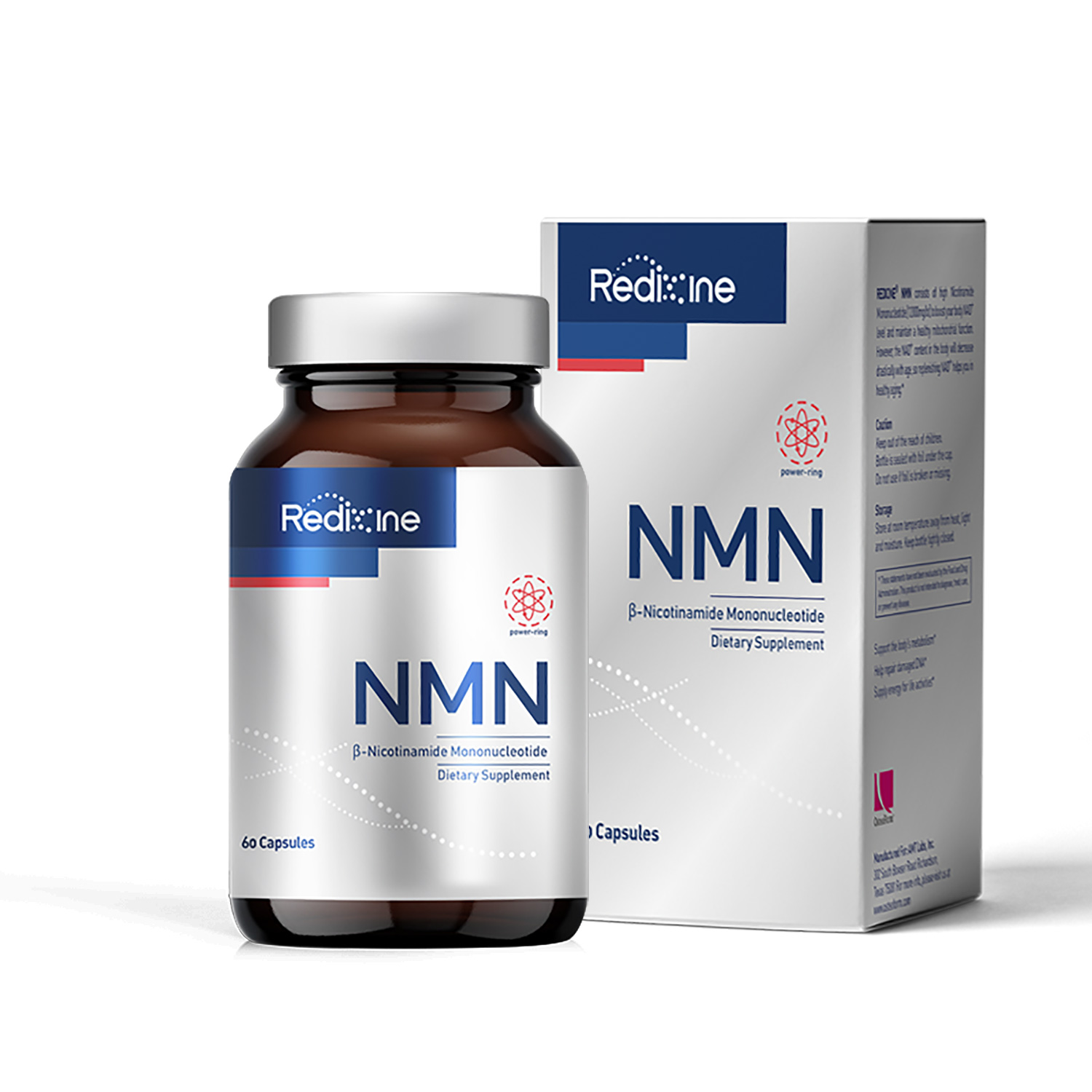 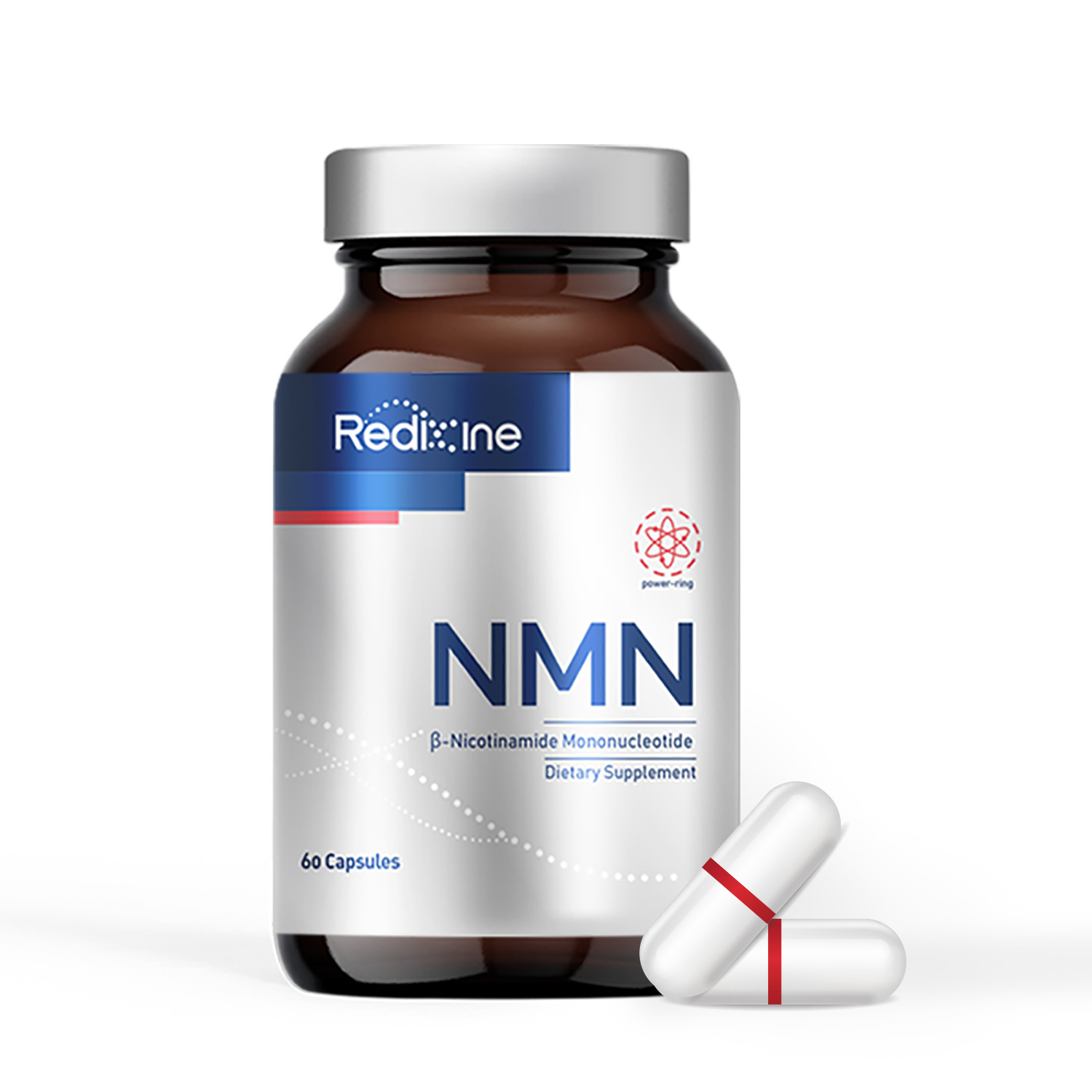 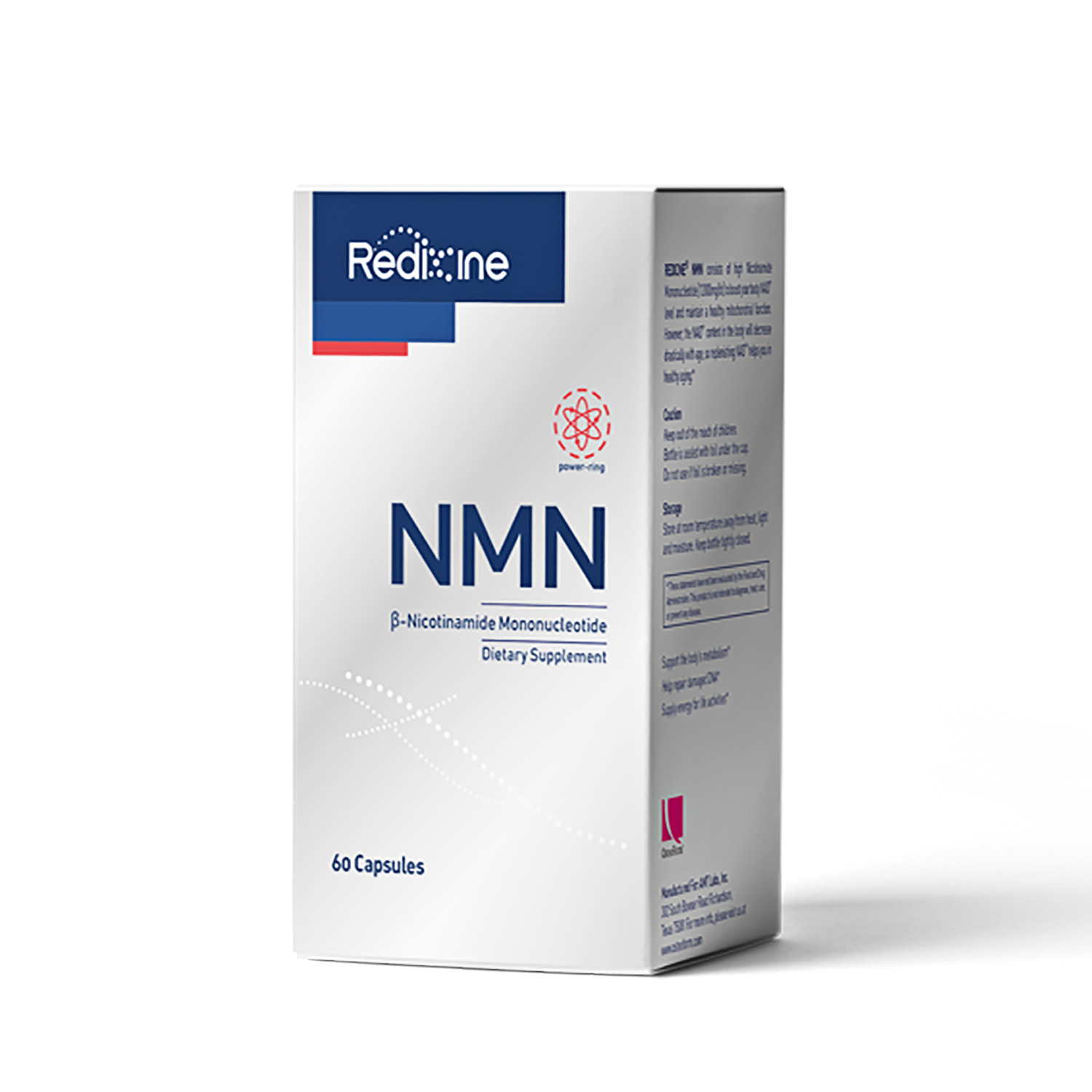 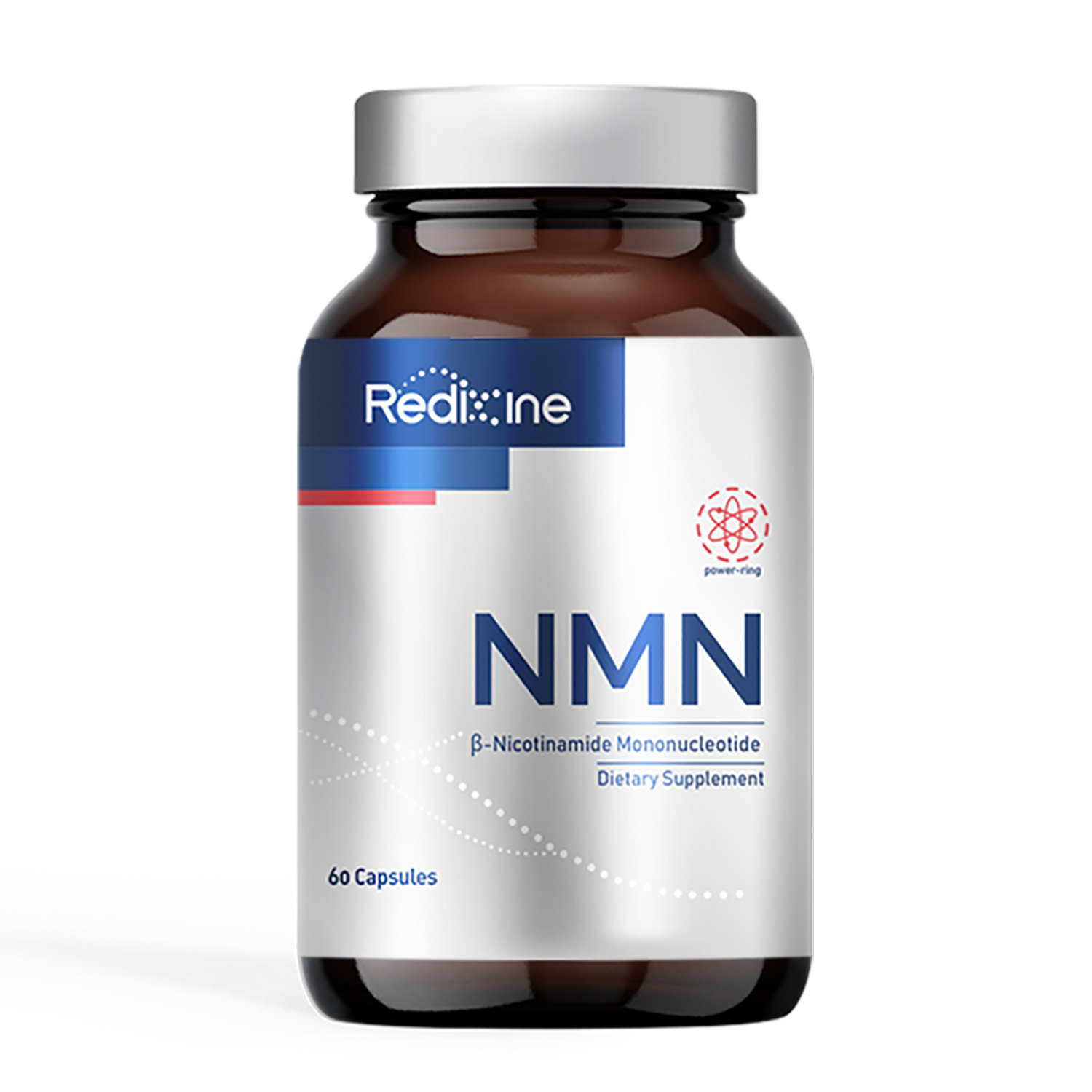 Directions: Take two capsules daily. May take as one capsule two times daily or as directed by a healthcare professional.

If you have a question not answered here, please contact our team to learn more.

For Minerals to be absorbed in the small intestine it has to meet two requirements: first, a mineral has to be soluble in the luminal fluid of the small intestine; second, it has to present itself in a singular molecule as an ionic entity, so that it will be able to penetrate the mucous membrane and be absorbed. This ability to be absorbed is many times called bioavailability. In order for a mineral to be bioavailable, it must be soluble to some degree in the intestine where absorption takes place (large particles cannot penetrate the wall of the intestine and cannot be absorbed). Many mineral forms depend on acid in the stomach to convert the mineral to a soluble form before absorption can take place. However, many forms of minerals are not soluble in the intestine due to chemical reactions that occur along the way from the stomach to the intestine that causes the mineral to precipitate out of the solution. Thus, defeating the purpose of the mineral itself. Amino Acid chelates are resistant to this type of chemical reaction. They are also generally soluble to some degree and are readily absorbed into the body so that the mineral can be used.

Are all chelated minerals the same?

Simply mixing inorganic minerals with amino acids in a liquid or dry mixture does not fall into the category of a true amino acid chelate. This simple ionic and hydrogen bonding of minerals to amino acids does not produce a stable product. Special processing must be performed to create a stable (covalent) bond which is important for greater bioavailability. There are many products on the market, which are reported to be chelates. Some are only complex mixtures of minerals and proteins not fitting into the definition of true amino acid chelates. These lose integrity during digestion, becoming unstable and compromising availability.

What makes Osteoform® chelates so effective?

Size: Picture in your mind the fuel filter on your car engine. The filter allows fuel to pass through but holds back large particles from entering the engine. The same idea applies to the absorption of minerals from the intestine to the bloodstream. Large particles cannot easily pass through the intestinal wall. Many mineral products on the market have molecular weights too large to be absorbed intact.

Through patented technology, Osteoform® has been able to produce chelated minerals with molecular weights small enough to pass easily through the intestinal wall. The result is a compound similar to that which the body itself produces by natural chelation.

Stability: The Osteform chelation process guarantees the stability of this unique mineral molecule throughout the digestion process which allows for a bioavailable mineral.

The body cannot utilize traditional mineral compounds in their natural state. Zinc sulfate, iron sulfate or any mineral sulfate, oxide or carbonate must be broken apart and restructured to allow it to be transported through the intestinal wall. A similar situation exists with some reported chelates or complexed mineral products. Not properly stabilized, they break apart, exposing the raw, ionized mineral.

It is after digestion when many mineral forms have their mineral payload separated from their carriers. In this situation, these minerals become charged ions and their bioavailability comes into jeopardy. These charged free minerals are known to block the absorption of one another or to combine with other dietary factors to form compounds that are not absorbable. Only Ostefrom chelates are manufactured according to specific patented technology that maintains the bioavailable stability of these nutritionally functional mineral amino acid chelates.

Osteoform® Amino Acid Chelated Calcium Compound are true excellent mineral chelates. They are prepared at AMT Labs in Utah utilizing AMT’s patented chelation methods. The manufacturing process involves intricate and complex chemical reactions where metal ions are combined with an exact molar ratio of ligands composed of free amino acids. The resulting chelates consist of metal ions strongly bound to organic ligands through coordinate covalent bonds as well as ionic bonds. The metal ions in these chelates are well-protected by the surrounding ligands of small organic molecules. They are not only very soluble but also very stable and allow for maximum absorption in the body.

Why can't I just increase absorption by taking more dosage of other minerals?

You could. But as a result, there will be more inorganic minerals precipitated in the stomach and small intestine. Have you ever had negative effects such as diarrhea or constipation after taking a mineral supplement such as calcium carbonate, which is found in many nutritional supplements? If so, this is the side effect caused by the excess amount of insoluble mineral left in the small intestine. The precipitate can also affect the absorption of crucial vitamins as it is excreted, thus depriving the body of essential vitamins.

Who is the manufacturer of Osteoform®?

All Osteoform® products’ raw materials originate from AMT Labs in the United States and are sent out to respective encapsulators for the finished product.

Why are there different encapsulators?

Are Osteoform® products Chelated or Chelates?

Why are some of the product ingredients listed as inorganic minerals in certain countries?

Due to certain markets and their respective regulatory requirements regarding ingredients, each product may be listed differently. However, each of these products under the Osteoform® brand are manufactured utilizing the AMT Labs, Inc.® ChelaMax® Chelate Technology and contains chelate minerals. 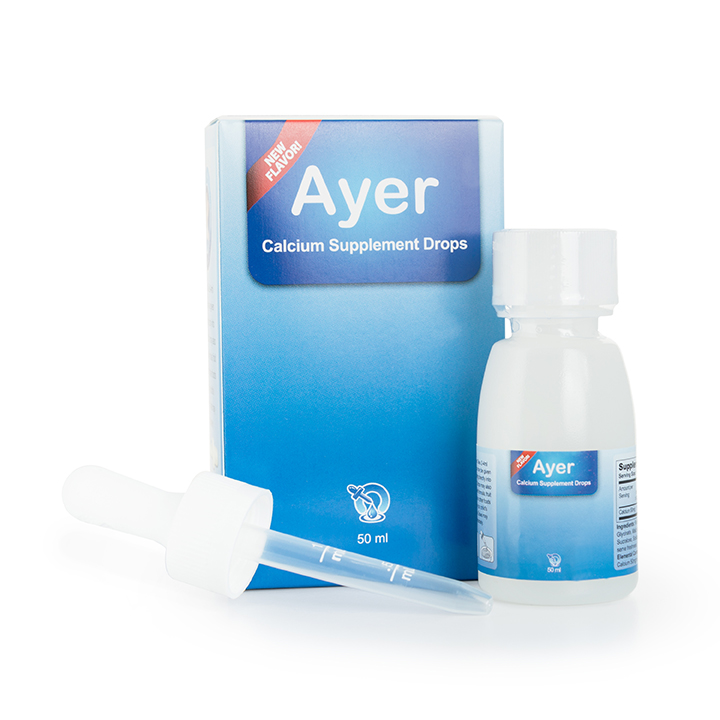 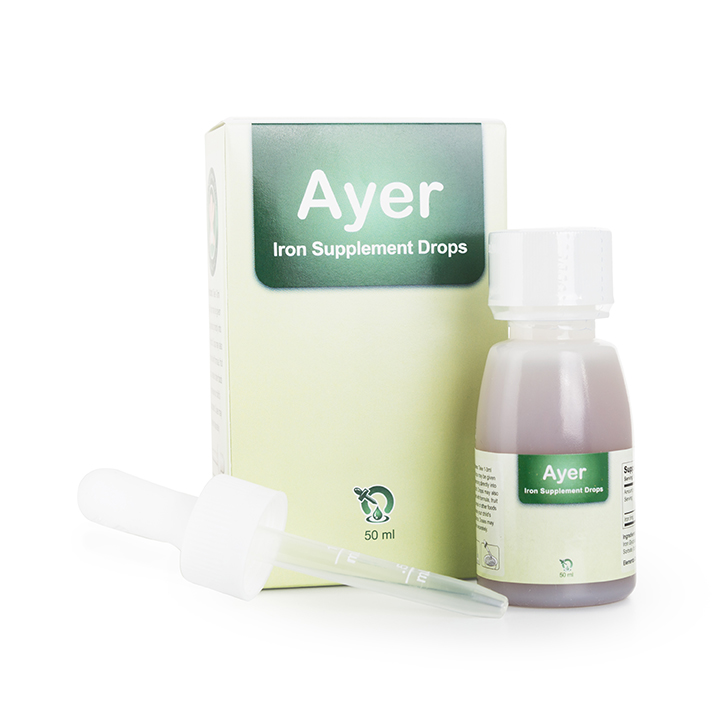 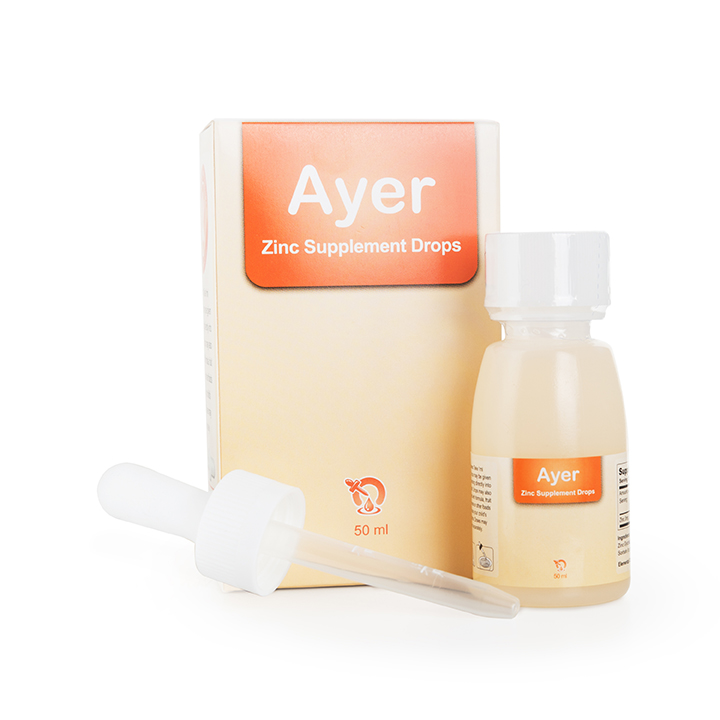 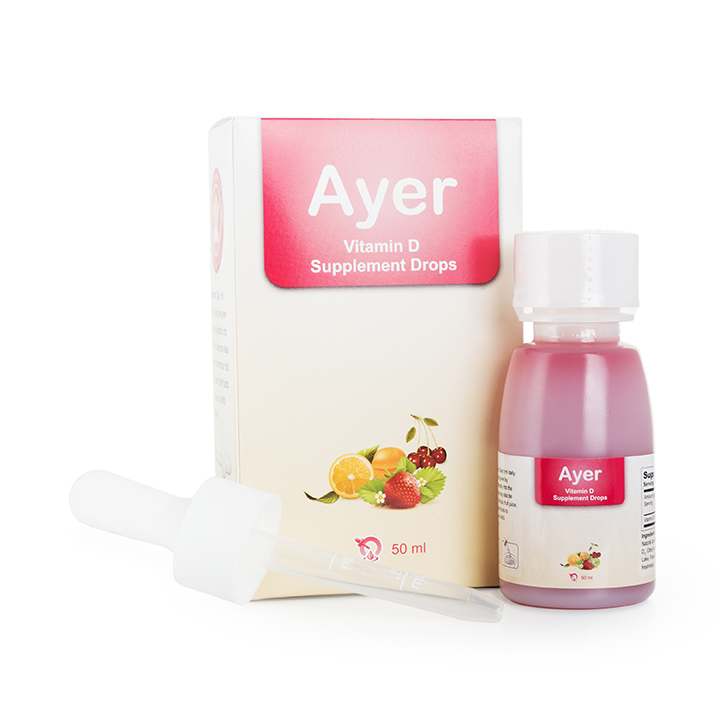 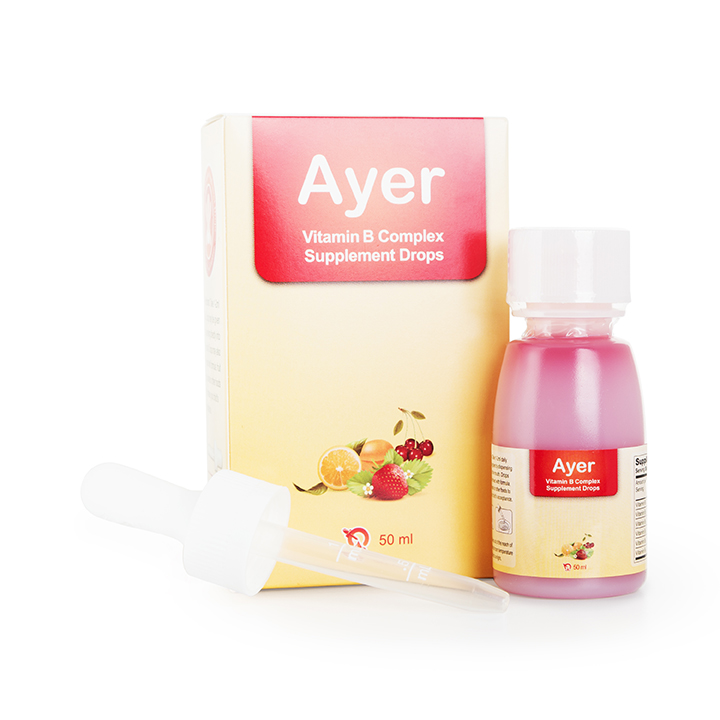 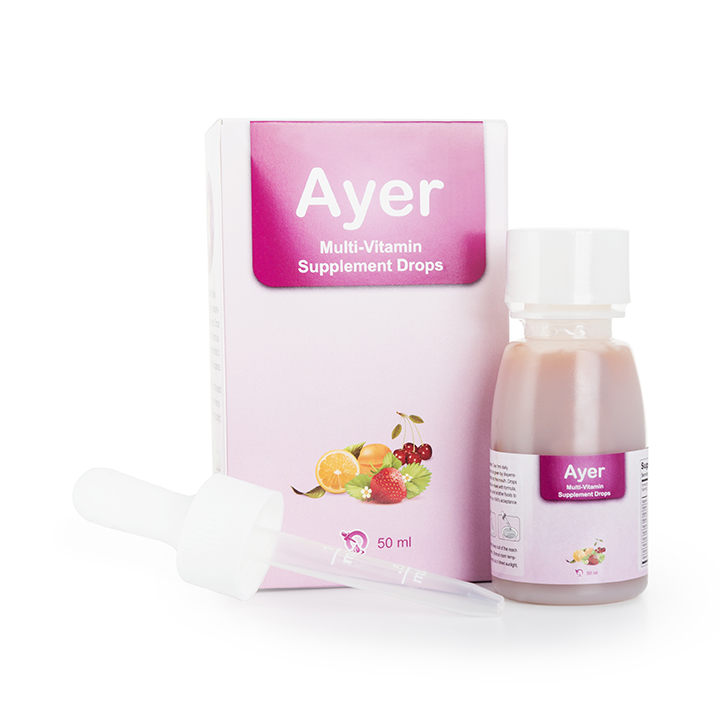